Between 1995 and 1999, Eddie Hall won numerous regional karting events and competed with success in the Formula Ford Goldline Bearings Supercup after graduating from the Jim Russell Racing School. After a 2 year hiatus while he set up his business ventures, he returned to the track in 2002 in the competitive Club100 championships. Satirically nicknamed "the legend", he has since gone on to become a legend of the highest order and won numerous wins and championship titles. Below is a brief summary. 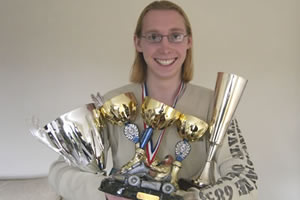 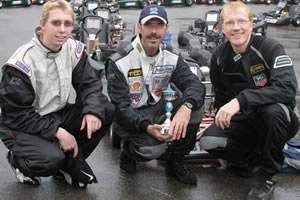 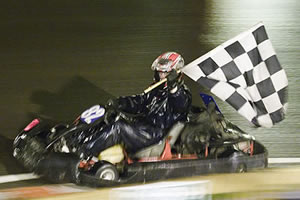 2007: Eddie stayed with IMSD Racing and progressed to the Premier series. Although success was thin on the ground, he enjoyed better results as a solo driver in other events.
5th BPKDC Winter Championship
5th Daytona 500

2008: Despite leaving IMSD Racing for pastures new, Eddie did race for them in a small number of one-off events, including 2nd place at the New Year Cup.
5th Le Mans 24 Hour
2nd Lightweight Sprint Championship 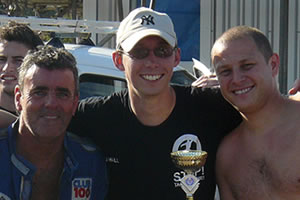 2009: Forming his own team for the Premier Endurance series saw Eddie finish 6th and secure his first podium in that class. As a "driver for hire" he also enjoyed success in many other events.
1st Open Endurance Championship 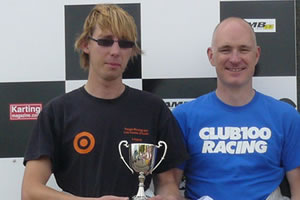 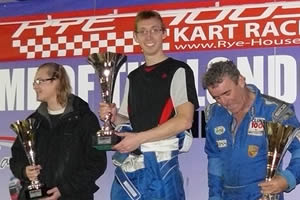 2011: Continuing with Galliard saw declining results in the premier series. However, he enjoyed more success in both sprints and the open series.
5th Lightweight Sprint Championship
1st Open Endurance Championship 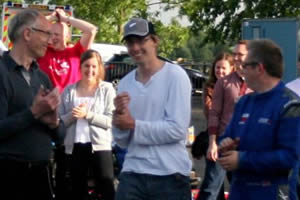 2012: Disappointing results in the sprints and premier endurance saw Eddie leave Galliard at the end of the year and pull out of sprint racing.
2nd Open Endurance Championship 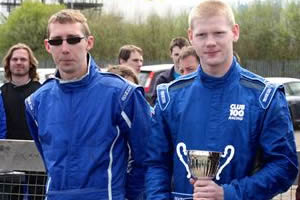 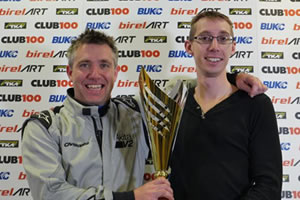 2015: After a disappointing 2014 campaign which yielded a single third place finish, Eddie left Alliance to join Akita in the Clubman championship, winning the title in style.
1st Clubman Endurance Championship 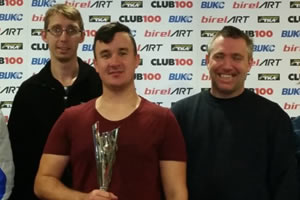 2016: A move back up to the restructred Premier series with Akita fell short of expectations and, despite a maiden premier win at the final round, Eddie left the team. A one-off return to the 60 minute challenge also proved frustrating; reliability issues hampering a title challenge.
5th Premier Endurance Championship
5th Open Endurance Championship 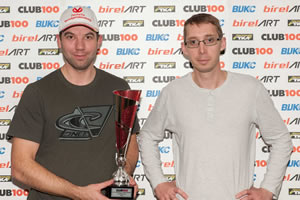 2017: Joining the new Maxx MPH Racing outfit, an up and down debut season saw mixed results. Despite not managing to win a race, the team took home four podium finishes and ended the season a respectable third in the Premier championship.
3rd Premier Endurance Championship 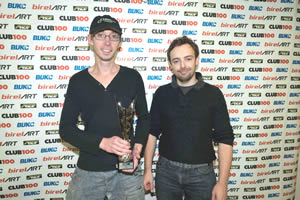 2018: Maxx MPH switched to the Quadrant championship for this year and, after a slow start, the duo of Hall and Dan Milner had a strong second half of the season, scoring a number of podiums on their way to third in the standings.
3rd Class 1 Quadrant Championship